How I was inspired by #TuningIn

It is 8:20am on Tuesday and usually I would be getting ready for my morning lecture but this morning was completely different. I was at the #TuningIn radio conference during the first ever Radio Audio week. At the time I was really nervous because I was alone and didn’t know anybody. It was half way through my second year doing Psychology that I discovered that that Psychology wasn’t what I wanted to do anymore. It took a lot of debating with myself since my family has a long line of graduates, but I realised that my passion was not in that field and that’s when I discovered Podium.me. 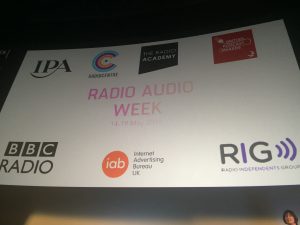 The conference started off with the incredible Siobhan Kenny who led the conference. She explained how well radio had done this past year nationally & showed great dedication and effort in bringing this all together, also explaining how to protect the voice of radio for the future. Margot James MP was present and she had a strong standpoint on mental health issues and also recently was appointed Minister of State for the Department for Digital, Culture, Media and Sport.

Politics and radio don’t mesh well together at times but Margot’s position enables the two worlds to blend in a positive way. I really enjoyed Bruce Daily’s segment who was emphasising that communication at the workplace is a positive thing to do, and I could really relate to that because I also think communication is key to so many things and if someone at work is having a bad day a genuine joke or a genuine positive uplifting comment can make a difference. 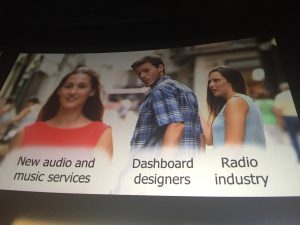 Since I’m from Germany I was so amused to hear that Michael Hill (who I think is iconic) had just returned from Munich and was in talks with Mercedes Benz on how radio technology within the car can be upgraded and his vision on how technology is advancing. I was astounded by his innovative approach and it made me appreciate the importance of the new way radio is evolving and how important it is within electronics. 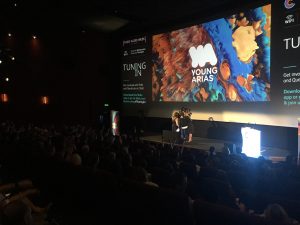 The Young Arias segment is where I was feeling like I wished I was sixteen again as Rickie Haywood-Williams, Melvin Odoom, Mollie King and Matt Edmondson explained how much it would’ve been amazing for them when they were younger to have an opportunity like Young Arias. I think that it’s really exciting that the Young Arias has been created for the next generation of upcoming aspiring presenters, to be able to have an equal opportunity from a very young age to get into radio. it’s heart-warming to see that there is a generation that cares about the youth. 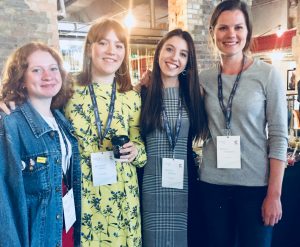 Since I was 8 years old I have been inspired by some of the people presenting at the conference. It was inspiring and I loved how genuine they were and it really motivated me and encouraged me.  Other Icons such as Harriet Scott and Dave Berry appeared to my delight. Dave is hilarious and he represents the not so conventional type of ‘presenter’ and I love that because he doesn’t take himself too seriously. Whilst he spoke on the different ideas that he has for his new breakfast show he said “I’m just going to take it as it comes” and that’s how I like to live my life at most times and I think it’s a great attitude to have. Another funny comment he made was “I’m beginning to waffle here,” that made me chuckle because I could relate to that as it happens to me too sometimes. 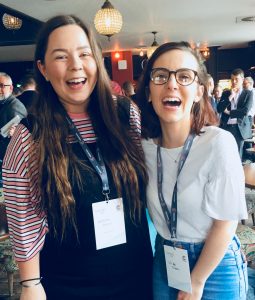 Other members such as Gareth Jones, Charlotte McMullan Jo McCrostie and Nick Pugh brought the perspective forward on how wide radio stretches in aspects that many people such as myself did not have an idea about. The amount of financing, analytical and strategic side of radio is incredibly informative and positive. The most favourable aspect that I gained from the experience is the amount of different people involved in different ways with a lot of talent and knowledge was just mind-blowing and I felt so in awe to be surrounded by them. Everyone involved has so much great knowledge and positivity that inspires radio and that’s what truly inspired and made me more determined to follow my dreams. Thank you, Camilla, for this opportunity.