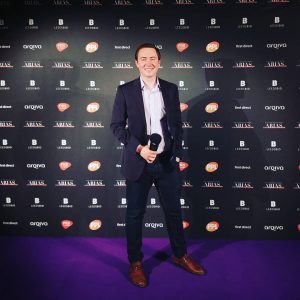 Last night saw the 34th staging of The Radio Academy’s awards (and the 3rd incarnation as the ARIAS) held at the first direct arena in Leeds. Known as the Oscars of UK radio and audio, our reporter George Ward bobbed down to the red (well, purple!) carpet to interview some of the nominees and attendees.

With 23 categories and well over 100 nominations, there were plenty of familiar faces and voices to meet. I was keen to find out what tips the presenters had for getting into the industry, what radio means to them and, as a final question, what their favourite ‘sound’ is? – be that something someone says or a noise they hear on a daily basis. 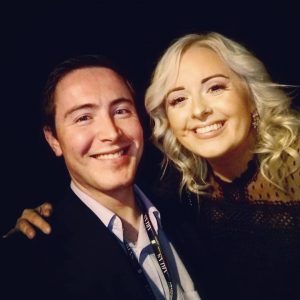 BBC Radio 1 and CBBC’s Katie Thistleton talks about the importance of hard graft, creating your own work and… books! Listen to Katie here

Matt Edmondson from BBC Radio 1 talked about transitioning from TV to Radio, building audio air miles and working with his co-host Mollie King who joined us at the end of our chat and went on to win Silver for Best New Presenter.  Hear Matt and Mollie here 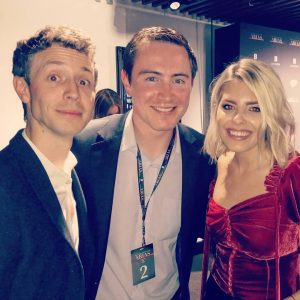 Stephanie Hirst from BBC Radio Leeds won Bronze for Best Local Radio Show. She talked about connecting with the audience, the importance of storytellers and vinyl vibes.  Stephanie can be heard here

Amy Irons from Capital Scotland Breakfast talked about the differences between working in television news and breakfast radio and how there’s no set path into the industry. Amy’s interview

Matt Lissack and Polly James from Capital South Wales Breakfast were on red carpet hosting duties before talking about being proactive, listening back to your content and not being afraid to seek feedback. Matt and Polly

As well as the main awards ceremony, LeedsBID and The Radio Academy hosted a new national Radio and Audio expo called Segue which brought together industry figures, world-leading innovators, presenters, podcasters and producers from various audio outlets. I attended the ‘Radiocentre Tuning In Conference’ and ‘David Lloyd in Conversation with Janice Long’ events, both of which delivered top industry insights – past, present and future.

Many congratulations to all the winners, nominees and event organisers. The full list of winners can be found on the Radio Today website here