Joel Pearman is at the University of Bath studying politics and economics. This was his first assignment for Podium.me

I wanted to get involved with Podium.me because of its fundamental aim to provide a digital platform for young people. I have too often found that this age group is underrepresented and also misrepresented in the mainstream media.  Recording a podcast with the team was an absolute pleasure. I was introduced to an interviewee who had been suggested by the organisation Migrant Leaders.  Dhyey was an excellent communicator and very charming too. Interviewing someone so passionate made the recording conversational and genuine. We are both very concerned about people’s stories which are left behind in the public consciousness.  Given that anyone can listen to this podcast, I urge them to do so. There are many migrants in this country in the same position as Dhyey. As a result, it is important to recognise that this is an issue worth fighting, as well as appreciating how lucky we are to have a university education. Before I met Dhyey, I was completely unaware that migrants (without the appropriate visa) can’t get a student loan. This podcast exposes the misconception that everyone in this country has the opportunity to go to university. 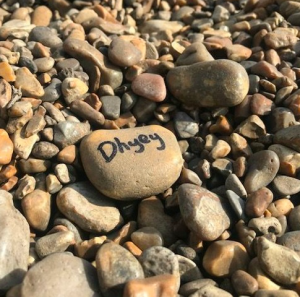