Teodora Agarici writes about her week at Podium

You can’t expect one-week work placements to change your life or completely twist your career path. But you can hope at least to have something to fill your CV under the experience rubric.

My adventure with Podium.me started a few months ago when I went to the IRN awards, a gala meant to showcase the very best journalism in UK commercial radio. This is where I met Camilla or to be more precise – where Camilla met me. She was the one who approached me and told me about this whole thing that she’s been doing for about five years, creating a platform for young journalists to tell their views upon any topic they like. Plus, by chance, I found out she went to Romania when she was only eighteen.  What a small world, isn’t it?

Camilla is a home-based journalist and the first thing I learned from the internship is that knowing how to get in time and at the right address in London can be considered a real skill, when not even Citymapper, Google Maps and prayers to God combined could help you find the way.

Some chit-chat, a cup of tea in the classic British way with a splash of milk and no sugar – that by the way, I found surprisingly good compared to each of my attempts in the past – made the not-at-all-Teodora-friendly-Monday-morning more endurable and set the tone for the week ahead.

In journalism, everything is about storytelling and how to make the audience engage with it.

‘It’s the numbers game,’ Camilla said. ‘Once I managed to secure an internship while I was in a lift.’ Sometimes you just have to meet people, go to events and ask for help. It might seem obvious, but not everyone thinks the same.

We went to the Media Trust organisation to do an interview with Nathaniel Hawley, a 25-year-old guy with dyslexia who dropped school and turned into an autodidact. Now he is coordinating a team that supports community media projects across the country. The podcast will be coming out soon. What is more, Nat invited us to one of the Media Trust upcoming events in partnership with Youtube and Evening Standard in mid July. Promising, isn’t it?

After that, we visited the Wireless radio station. Podium journalists will soon have the chance to get involved in a new radio programme for the pilot edition of a young and old discussion programme. 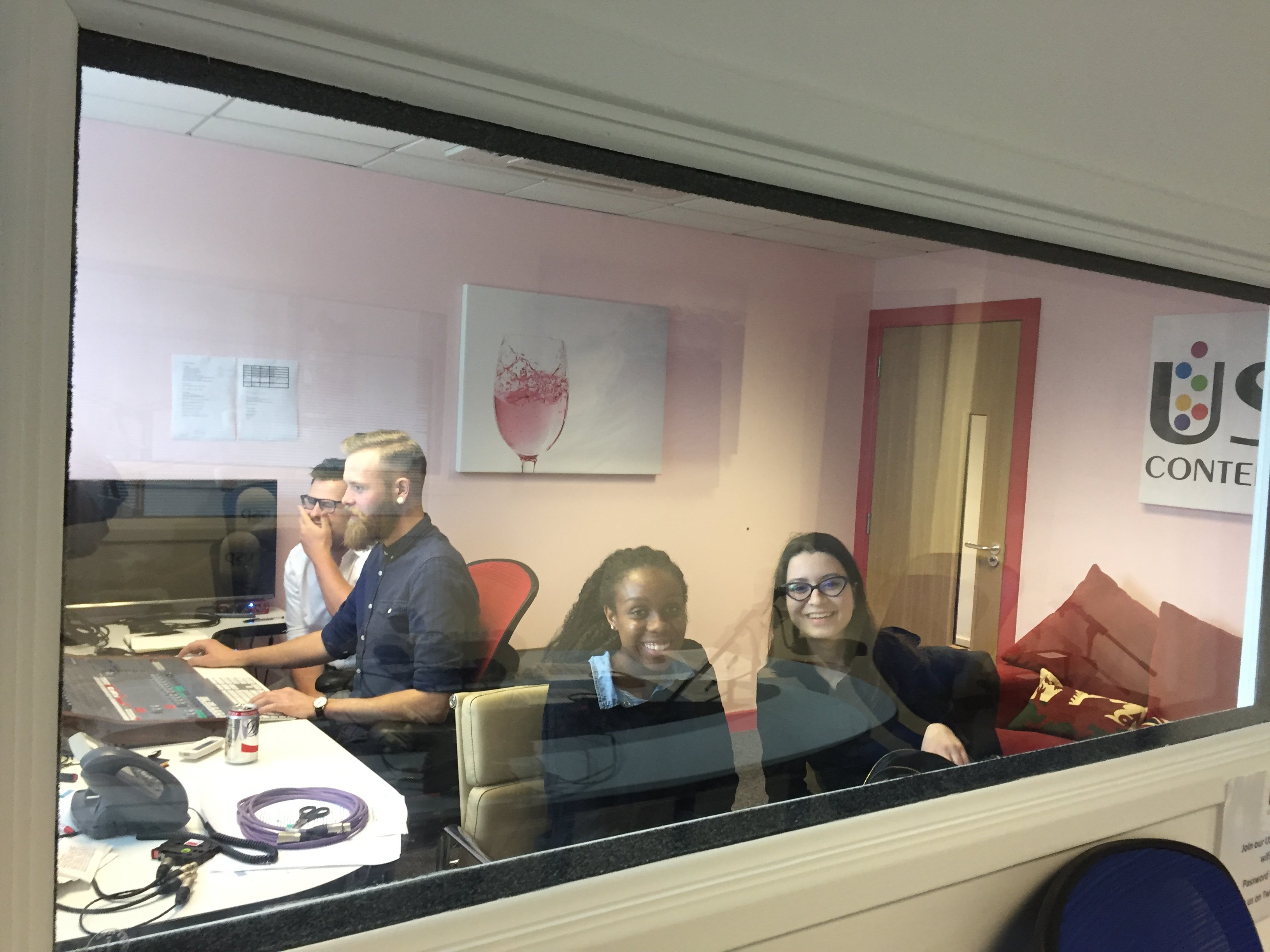 Already happy with the way opportunities shape around me. I definitely don’t regret spending my holiday in London.

At Podium.me no one assigns any task for anyone. This is what is so great about it. You have to pitch the story, make your own research, take your smartphone and start recording. This is how I came up with the idea of interviewing Camilla about her time spent in Romania, in the heart of Transylvania, 25 years ago, during the communist regime. Keep an eye on the website to when we are going to post the podcast. It’s worth it.

Some of my plans post-internship include finding another placement for the summer and also helping Camilla to develop Podium.me and bring it to the next level. It is the voice of the young at the end of the day, so let’s make it heard.