Media. The world of technology and fascinating stories to tell across the nations. As an I.T. student, I am fascinated by the news, such as government and politics which draw my attention to the media. Fortunately, I was given an internship with Podium.Me for a week to learn, build and improve my skills. 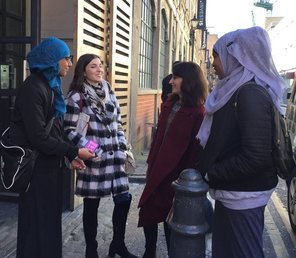 I learnt how to interview someone with an audio recorder or a phone. Interestingly, I found that being interviewed by my friend was more difficult than being interviewed by a stranger as I felt more comfortable to express how I felt about the arts. I learnt how to use an app called Voice Record and I then found it interesting that I could edit the audio using the software Audition and take out the irrelevant pieces such as the gaps and words like um, and err. It allowed me to change the audio around to make it sound more interesting.  Our interviews will be used for a documentary in Devon for Totnes radio. 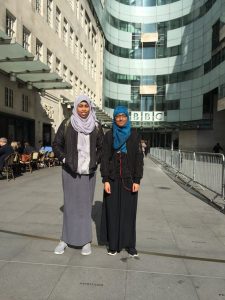 I then went to the BBC with my friend and a journalist. Security at the BBC was tight due to a breach recently, as someone gained access to the main room while a reporter was doing the news. Luckily no information or data was lost and no one was harmed. We were still given a tour and saw where all the audio is edited, where the weather report took place as well as seeing the creativity in the BBC. For example, it’s not just offices inside but there is a lot of art there too. 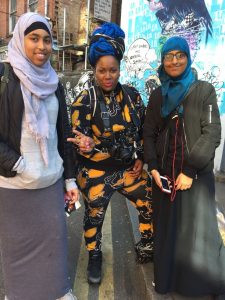 We then went to Brick lane, in East London. The street is full of arts, vintage and graffiti grabbing people’s attention as if you were a tourist. We spotted a fascinating and creative shop called Dark sugar, where they make chocolates in all different shapes and forms. As I took a bite it felt as if i was in a different world, tasting all the different textures. We interviewed the owner and asked how the truffles were made. We then explored the area and interviewed some people which helped me build my confidence more.

The next day I continued editing the audio that me and my friend made and completed it. I then played it back with Camilla Byk to see if the audio made sense and if not, we changed it along the way. On my last day, I decided to join Camilla in the morning to play football. I found it really enjoyable and a great time as I also met new people and heard their perspective about sports.