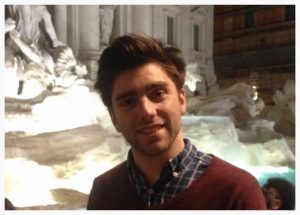 Actor and Artistic Director of Pint-Sized

Initially it was the idea of exploring and playing other characters, especially as I was very shy when I was growing up. Later on, it became a way of expressing myself and channelling all my creative energy.

Did you do any training?

Yes, I studied Drama at Loughborough University before doing a two-year diploma in Professional Acting at Drama Studio London.

What advice would you give to young would be actors?

Just focus on being creative and finding the best way to express yourself – don’t let the idea of not getting work get you down. Go and see theatre/film, write your own material and do workshops and classes – this means that not only do you feel like a part of the industry but you can also go into auditions having been busy and creative.

To take my time and really enjoy the language – I tend to get intimidated by the microphone and rush. As soon as I realised it was all about communicating the words to the mic, I began to relish the experience.

How did it differ from your previous acting experiences like film, theatre and TV?

It’s very intimate and personal – it’s all about the voice. But in many ways you have to treat it like these other mediums – at the end of the day you’re still acting, and you still have to use your body, as well as your voice, to communicate a character’s thoughts. There are unique techniques to audio you have to learn – distance from the mic, reading from a script, etc – but I’d say that as long as you feel what you’re saying then the listener will hear it.