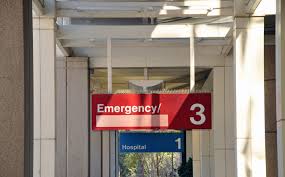 Compassion Fatigue can be heard here

My background was as a writer, actor and teacher, I had no technical expertise at all and no budget. However, I knew Podium journalists recorded professional sounding audio on their smart phones and I hoped I could do the same for audio drama.

My original idea was raw sounding audio, recorded on location. Molly Sweeney who wrote Compassion Fatigue sent me a mobile phone recording of a friend performing her piece in a cafe. I loved its informal, almost incidental style – like accidentally overhearing a conversation and feeling compelled to keep listening. Although aware that parts of the story got lost in this rough recording I thought with better direction I could capitalise on our lack of budget and turn ‘on location rawness’ into our own unique signature style.

So one weekday afternoon in November 2015, armed with my phone and a Zoom H4N digital recorder, the actor Nicholas Oliver and I set off to the exotic location of Elephant and Castle shopping centre and headed for Tesco.

As we walked through the doors the noise hit like a Tsunami. How could I not have noticed it before? Entering the supermarket we were assaulted by sound; screaming babies, tills beeping and worst of all the constant electric buzzing of fridges and freezers. Nick, standing by the aisle for bottled sauces, valiantly tried to perform the piece, pausing to dodge the squeals of children, the squeak of trolley wheels, and ringing mobiles. Would Poundland be better? What about Superdrug or the top floor of the shopping centre? The noise pollution was so great we couldn’t hear Nick speak. It sounded a mess. To distinguish Nick’s vocals from the background noise around us we would need far more sophisticated recording equipment and … technical knowhow.

So with heavy hearts we trudged back to my house – our on location plan aborted. We’d record there instead, and add the background sounds later. But where was the best place to record in my house? My house is urban, it’s loud, it’s got single glazing and the single most important quality in producing quality vocals is they have to be ‘clean’ free from background noise and disturbance.

My cupboard was our best option; large empty rooms create too much reverb, but small spaces are ideal, especially with clothes to absorb sound and take away the hard edges. So, Nick and I huddled together in the cupboard and with me carefully holding the recorder so it didn’t pick up sounds from my hands, and we recorded Podium’s first ever audio drama monologue. I then recorded the supermarket sounds separately which gave me much more control over the material.

Since then the cupboard has become my preferred place to record and the following seven monologues were all recorded there successfully. I discovered it is actually possible to create high quality audio in there, especially now that I’ve worked out that wedging a jumper under the door stops it rattling! My thanks goes to all the actors who spent an afternoon crammed into the cupboard with me. I only had to press buttons, they had to perform.

Later I learned that many a brilliant podcast started out in a cupboard – take the wonderful true storytelling podcast Strangers, the award-winning producer Lea Thau used to record it from inside her son’s bedroom closet. So I feel in good company.

And, the advantage of recording in a controlled environment? Rather than getting distracted by the technical difficulties of recording on location it allows me to focus on the storytelling and performance, which is of course the most important thing.