Camilla wasted no time in getting us into the nitty gritty, as we dropped our bags, started speaking, she said, “Hold that thought, let’s record this!”. From that we learned the first lesson of the day, but also the main principle of this experience: young people are worth listening to. Therefore, once we got into the sea of journalists at the Charles Wheeler Awards Ceremony, it was highly ironic that we were two 17-year-olds, in what another mature journalist termed, “a bunch of dinosaurs”. 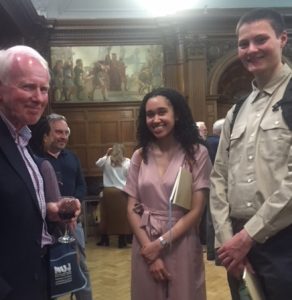 Walking around the room trying to network, I spoke to a retired journalist, and she said, ‘Oh, journalism created sexism’. She went onto explain how appearance and age were highly important factors in the longevity of a woman’s career in journalism. Coincidentally, sexism was something Alfie and I, spoke about earlier that day, in which he declared he was not a feminist and explained why (what a shameless promo: check out Alfie’s podcast). Therefore, in hindsight, I see that working as a journalist, you never really stop working, everywhere you look there are people, and therefore stories. 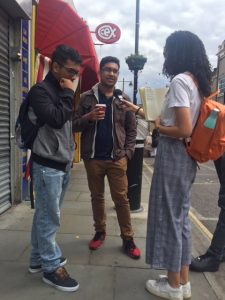